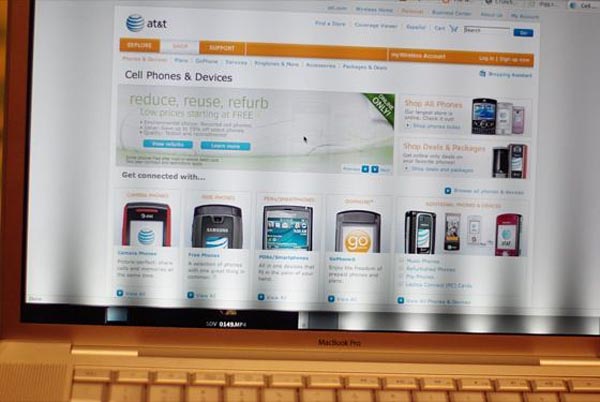 It’s nice when the display on your laptop has LED backlighting, because it makes the screen quite a bit brighter and clearer without sucking up too much power from the battery. When this mechanism goes awry, however, it can result in one massive headache. Such is the case with this Penryn-powered Apple MacBook Pro, because for whatever reason, some of the LEDs have started to fail.

It’s unlikely that every other LED would burn out like that in such a systemic pattern, so it’s more likely to be some sort of manufacturing defect that is causing the problem. Other users are experiencing the same issue and they’ve found that restarting sometimes rectifies the situation. Even so, it might not be a bad idea to start up a support ticket with Apple if you run into the same LED backlight problem on your MBP.

It seems that the MacBook Pro isn’t the only one suffering from this issue, because one of the commenters on the Crunchgear post says that he “had this happen on a new Dell XPS M1330 right out of the box. The technician that came out said that it was pressure points on the screen during manufacturing and certain screens were damaged.”