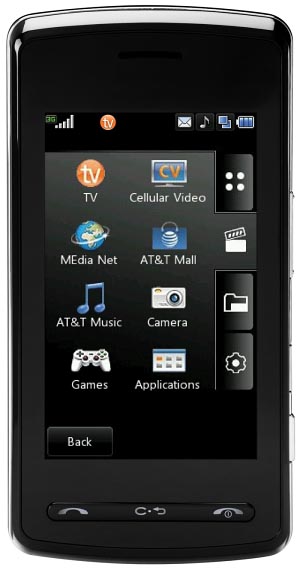 What’s this? A Canadian provider gets a hot new cell phone before its American counterpart? Blasphemy! Rogers Wireless officially announced last week that they will be carrying the LG Vu, and now AT&T is officially joining the Korean touchscreen party as well.

Although they may ever state so officially, it’s obvious enough that the LG Vu is targeting the same consumer-level touchscreen market as the Apple iPhone, which is also being sold through the folks at AT&T. There are two versions of the LG Vu that will be available at launch. One comes with mobile TV support, whereas the other does not. Both get a full HTML web browser and HSDPA (take that iPhone?), as well as haptic feedback, a 2.0 megapixel camera, and stereo Bluetooth.

AT&T did not provide anything in terms of pricing, but they did say that the LG Vu would be available some time in May.