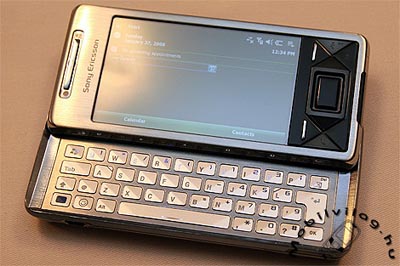 We were already pretty certain that the Sony XPERIA X1 would get its operating system from Microsoft, but now we’ve received confirmation that the smartphone is powered by Windows Mobile 6.1. This is a small step forward for Sony Ericsson’s initial foray into the world of Windows Mobile and it’s a step in the right direction.

Laid over top of the Windows Mobile 6.1 core is Sony’s own XPERIA panel user interface, not unlike the TouchFLO skin that can be found on the HTC Touch. Some people don’t like the default interface of WinMo, so having a more user-friendly skin can work wonders for mass market appeal. A screenshot was provided showing that the XPERIA X1 is running on CE OS 5.2.19188 (Build 19188.1.0.0), in case anyone wanted more specifics. The same screenshot shows that the XPERIA X1 gets its processing from an MSM7200A-528MHz CPU.

The Sony Ericsson XPERIA X1 can be equipped with custom touch panels that “provide the consumer with a rich, aggregated offering of their (operator’s) applications and services.” Roughly translated, this means that AT&T can load it up with a mobile TV app, should they choose to do so. The sliding QWERTY device is slated for launch in the second half of this year.