I don’t know if these are the most advanced graphics to ever hit a consumer-level GPS navigation device, but the Thinkware iNAVI K2 has got to come pretty close. The 3D graphics look like they were pulled right out of a computer game, giving you a realistic view of the road ahead of you. If you jump over to the post at Aving, you’ll notice that the zoomed in shot features actual storefronts and other minute details.

Naturally, the major part of the picture that isn’t realistic is the lack of traffic. When was the last time you happened to cruise through a major city and find the streets absolutely barren? The roads aren’t even this empty during the Super Bowl! In terms of other specs on this premium navigation device, the iNAVI K2 has SDHC expansion, 256MB RAM, 4.8-inch WVGA LCD, multimedia functions, DMB, and a detachable battery pack.

For the utmost in accuracy, this device even incorporates something called the G-sensor, a geomagnetic sensor that detects the absolute direct of the north pole. Crazy. Too bad the 549,000 KRW navigator is Korea-only. 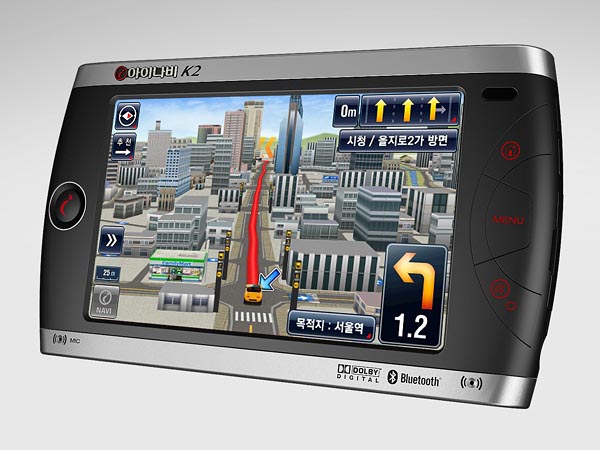