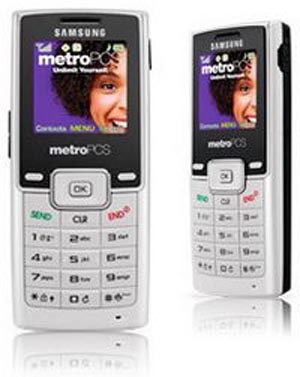 Cricket Communications may not be known for having the hottest handsets on the block and the firm is maintaining its reputation with today’s announcement of the Samsung Spex and Samsung MyShot. The Samsung MyShot is the world’s first CDMA AWS camera phone. For those of you who don’t know AWS is a new spectrum band and Cricket wants to ensure that its subscribers can get in on the action. Cricket launched its first CDMA AWS handset earlier this month.

Naturally, both the MyShot and Spex can operate on the normal PCS and cellular bands as well, meaning that you’ll have service across “all existing Cricket wireless markets stretching from California to New York.” As Cricket expands into Oklahoma City and Las Vegas later this year, the Spex and MyShot will work in those cities too.