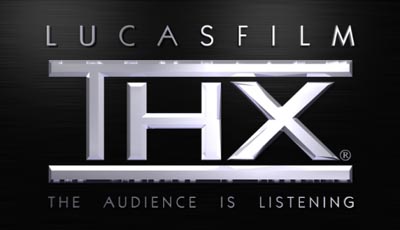 When asked about the recent death of HD DVD, Laurie says that “I think it’s too late for Blu-ray. I think consumers will only be interested in replacing DVD when HD movies becomes available on flash memory. Do we really need another spinning format?”

This follows in the line of thought of some other industry analysts. More specifically, you may have heard that they’re pushing toward HD streaming content over an Internet connection. Having the HD movies on flash memory is a similar concept, but with less of a digital delivery system. Laurie goes to say that “in the future, I want to be able to carry four to five movies around with me in a wallet, or walk into a store and have someone copy me a movie to a USB device. Stores will like that idea, because it’s all about having zero inventory. I don’t want to take up shelf space with dozens of HD movies.”

Could this mean that we’re not getting any HD Star Wars?

UPDATE: I just got an email from Graham McKenna, Senior PR Manager for THX. In it, he writes:

I just saw your posting on Mobile Mag about THX declaring the death of Blu-ray. Given the title, I wanted to make a quick comment. Neither Mr. Fincham nor THX has ever made reference to the “death of Blu-ray.” In fact, THX is supporting Blu-ray with new technologies and other initiatives.

This is furthered by an update and another quote from McKenna posted on Crunchgear. Turns out that they meant that optical media is on a slippery slope, rather than saying that Blu-ray is “dead”.