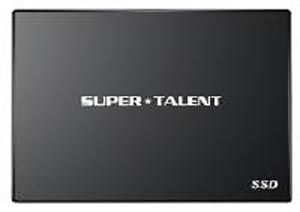 It seems that solid state drives (SSDs) are the wave of the future, quickly replacing the spinning platters of old. In an effort to further increase the adoption rate of flash-based SSDs, Super Talent Technology has produced what they believe to be the world’s thinnest solid state drive. The bad news is that this hunk of metal contains a near-useless 256MB of memory.

Seriously, what good is 256MB going to do me these days? I can get a variety of credit card flash drives that have way more capacity than this latest creation. Super Talent is saying that their drive is 40% thinner than its nearest competitor, which is nothing to sneeze at, but 256 megabytes? Seriously? It almost makes you wonder what’s the point?

Known as the FSD56GC25H, the Super Talent drive can be used as a SATA hard drive thanks to its standard 2.5-inch size and interface. No word on price, but I think this is only available to OEMs anyhow.