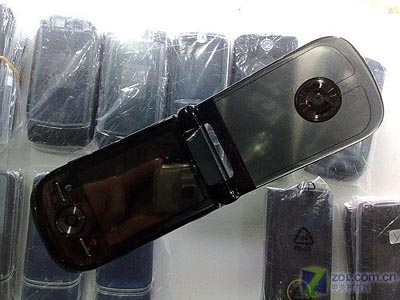 We already know that Chinese manufacturers have a habit of creating product clones, releasing MP4 players that bear a striking resemblance to the iPod or iPhone. Interestingly, although the Motorola A1600 — known as the MOTOMING2 — has not officially launched, it seems like the prototype has already gone on sale in China. It’s like having a “real” knockoff before the official product even becomes available.

From what we can gather, the second-generation MOTOMING is very much like its predecessor. You get quad-band GSM/GPRS connectivity with no mention of 3G to speak of. Thankfully, the MOTOMING2 does appear to have Wi-Fi for when you want a speedier data connection. Running on a Linux OS, the Motorola A1600 gets a “faster” processor, 3.2 megapixel camera, aGPS receiver, talking dictionary, and three pre-loaded games.

Measuring a mere 17.5mm in thickness, the Motorola MOTOMING2 A1600 does not yet have an official price point.