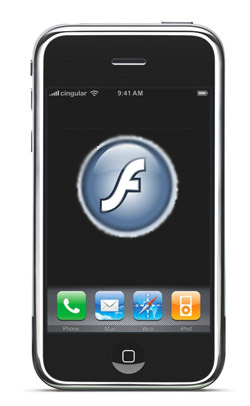 Even though Steve Jobs said that Apple would not be supporting Flash on the iPhone any time soon, the team at Adobe said that they would work on a solution of their own, thanks largely to the availability of the iPhone SDK. iPhone owners across the nation applauded Adobe on their efforts, anxiously awaiting the day when they would have full access to Flash on their touch-enabled mobile phones.

Unfortunately for Flash fans, Adobe is not exactly fast-tracking a version of Flash for the iPhone. They said they’re working on it and this was because Adobe’s CEO “assumed it would be possible with the recently released iPhone SDK.” Much to their dismay, the SDK will not play friendly with Flash integration because it “doesn’t open up enough of the needed infrastructure of the phone to implement Flash.”

Shucks. In this way, Adobe will need to re-evaluate their options and actually collaborate with Apple on the development. Looks like Steve Jobs was right after all.