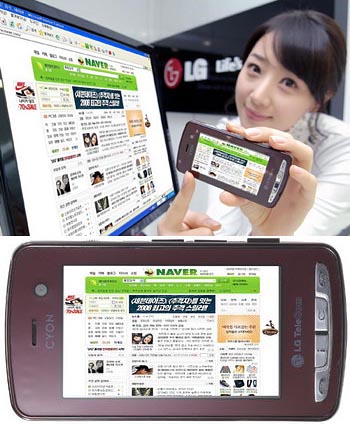 Being marketed as a “Touch Web” phone in Korea, the LG LH2300 sports a large 3-inch touchscreen display. This, in itself, wouldn’t be so exciting if it wasn’t for the fact that it has a resolution of 800 x 480 pixels too. That blows any QVGA touchscreens out of the water, that’s for sure.

At $600, the LG LH2300 certainly won’t be the cheapest phone in your Seoul-bound collection, but it looks to be pretty awesome. Too bad there’s no QWERTY.