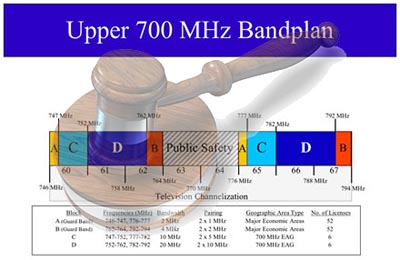 As you may have heard, the FCC was holding an auction for the 700 MHz block of wireless spectrum and now that auction has concluded. This is the last major portion of spectrum available in the United States, so it’s understandable that there is considerable demand to get a piece of the pie. The FCC was hoping to get about $10 billion out of the deal, but when all was said and done, the grand total came to $19.6 billion.

As it stands, the 700MHz spectrum is being used by US broadcast television, but that will change next year when all television switches to digital. With the band becoming available, we’re left to wonder what else the spectrum could be used for. Unfortunately, the FCC has not revealed he names of the winning parties.

Even so, it sounds like Verizon got a piece. The company CEO said that the 700MHz band has “great potential for innovation”, so we’re assuming they got some spectrum. We can’t say for sure, of course.