We already know that everyone wants a piece of the subnotebook pie these days. The Asus Eee PC has certainly captured our imaginations and the OLPC XO Laptop seems to be doing some good in developing countries. What about Intel? How does the chipmaker fit into the fray?

Rumors surrounding the Intel Netbook have been swirling around the web for some time, but these could be the first spyshots of the actual mini-laptop. There are conflicting reports as to what processor is powering the nine-inch notebook, because it could be a regular old Celeron or it could be Intel’s hot new Atom processor. If it’s powered by Atom, then it’ll cost about $250 to $350, whereas a Celeron lappy would go for about $400.

As you can see, the Intel Netbook seems to take on a slightly more rugged appearance with what appears to be a rubberized handle to boot. This is in stark contrast to the trendy sleekness offered by the Eee PC. Other specs include 512MB RAM, 40GB HDD, Windows XP, and a smattering of the usual ports. Oh, and free beer, apparently. 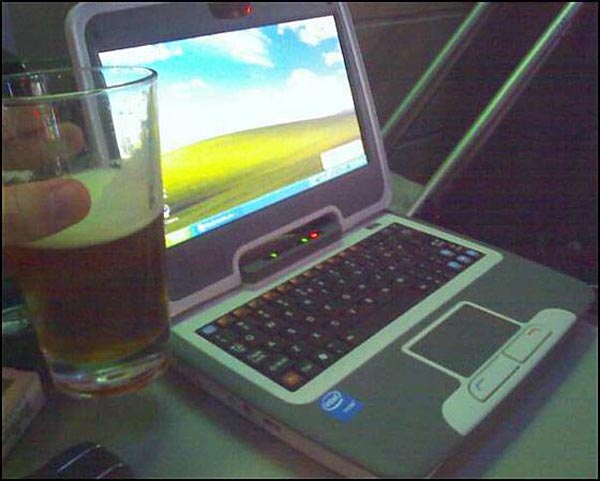