We’ve been following the story of the next-generation Hyundai Tiburon for several months now, having learned that it will be based on the same platform as the upcoming Genesis luxury sedan. In fact, it seems like its official name is going to be the Genesis coupe, rather than the Tib.

We’ve seen spy shots. We’ve seen the coupe wrapped up in camouflage. Now it’s time to see the Hyundai Genesis Coupe for real and we’ve found several pictures that depict the car from every which angle. As you may recall, the 2009 Hyundai Genesis Coupe will be rear-wheel-drive and it could come powered by a powerful V6. Some are saying this is Korea’s answer to the Ford Mustang.

For boatloads of pictures, check out Bobaedream. Just a head’s up: the site ain’t in English. 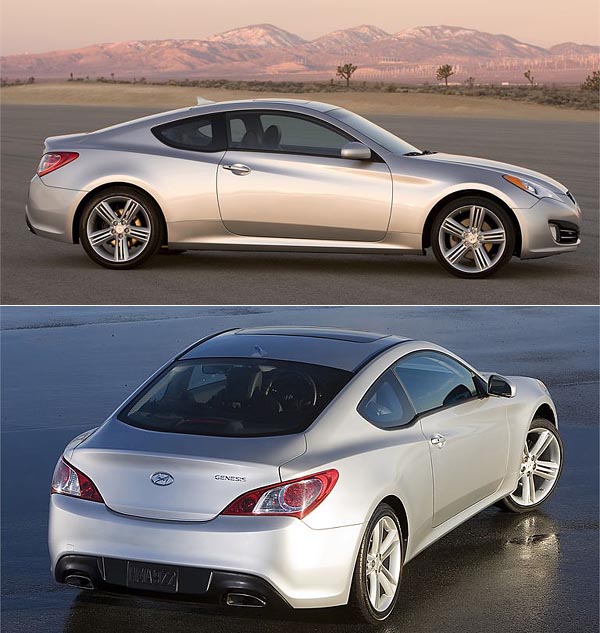