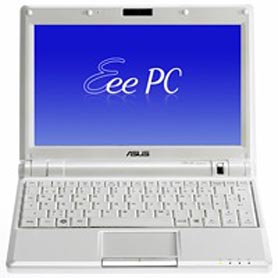 Although the version of the Asus Eee PC running Windows XP will cost more than an equivalent model getting powered by Xandros-flavored Linux, Asus is saying that the XP model will be more popular. This only makes sense, because the mass populace is much more familiar with Microsoft’s operating system than the one being bandied about by a stylish penguin.

More specifically, Asustek chairman Jonney Shih says that the XP-powered Asus Eee PC getting shipped later this year will account for 60% of overall Eee PC sales. The remaining 40%, if my first-year calculus course serves me correctly, will be accounted for my the Xandros Eee PC.

Although not officially supported by Asus, the cheaper alternative would be to buy the less expensive Xandros Eee and then outfit with your own copy of Windows XP. After all, that’s what people have been doing so far anyways.