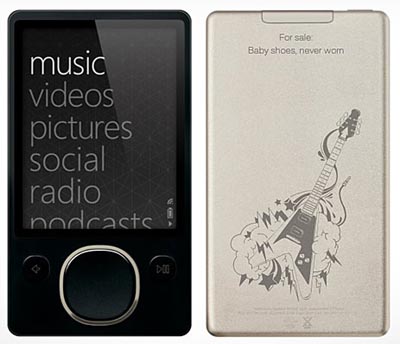 The Zune 2 is a significant improvement over the original model. I am especially pleased with the introduction of the Zune Pad for menu navigation. As we look forward to the 2009 holiday season (yes, we’re looking that far ahead), more news surrouding the third-generation Zune is starting to rise to the surface.

Francois Ruault of Microsoft France is saying that the Zune 3 will be launching in Europe at the same time that it is being released for North America. This should help Microsoft better establish its portable media player in international markets. On a side note, the Zune 2 has yet to launch in Canada, though that should happen soon.

Getting back on the track, the more interesting news surrouding the upcoming third-generation Microsoft Zune is that it may be accompanied by an updated version of the Zune Marketplace that caters to “Mobile Platforms.” This should work for both the Zune and Windows Mobile devices, and this could point toward a mobile music/video store not unlike the iTunes Wi-Fi store.