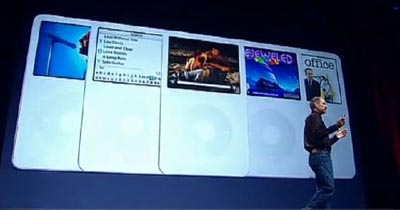 Even though Steve Jobs and Apple have been dominating the portable MP3 player market for some time now, it seems that they have been profiting on someone else’s idea the entire time. Zap Media is filing a lawsuit against Apple over the concept of iTunes and the iPod.

The Atlanta-based media services company filed patent number 7020704 many moons ago, and this patent describes a “system and method for distributing media assets to user devices via a portal synchronized by said user devices.” Synchronization? Distribution of media assets? Sounds a lot like iTunes and the iPod, huh?

While Apple has faces several lawsuits in the past, this one might be a little more problematic for the Cupertino-based firm. Then again, Apple managed to come to an amicable solution with Cisco over the iPhone, so maybe they can work out a deal with Zap too.