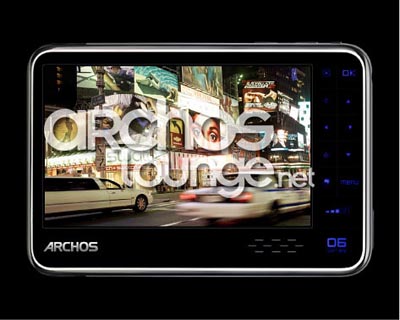 Archos is a pretty major player, no pun intended, in the PMP market, having already wowed audiences with the current Archos 605 portable media player. While Archos has equipped its PMPs with WiFi before, the Archos 606 represents the first offering from the company to get loaded with mobile broadband connectivity. That’s right, this thing’s got 3G data.

In terms of raw specs, the Archos 606 looks like it’s going to be pretty similar to the 605, except its touchscreen will be a little bit bigger. Early indications point toward a complete lack of buttons on the face, opting instead for touchscreen controls. Other features include a completely black casing, 30GB hard drive, and support for a wide range of media formats.

The Archos 606 may be the company’s first 3G data-equipped player, but the initial launch will likely be restricted to France. Because it’s got 3G, there’s probably a SIM card hiding someplace too.