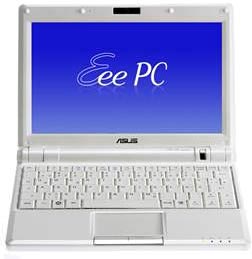 So, the seven-incher wasn’t enough to get you onto the subnotebook bandwagon, huh? You may have heard about the larger nine-inch variant waiting in the wings and now the Asus Eee PC 900 has received an official price and launch date.

As you may have heard already, the Asus Eee PC 900 comes equipped with a larger nine-inch widescreen display. There appear to be at least two variations of this new machine. The first will be running on Windows XP and comes equipped with 12GB of on-board memory. The second comes with a pre-installed Linux build and gets loaded with between 12GB and 20GB.

Asus has indicated that a launch late next month is most likely with prices starting at $499. I wonder how much of a Microsoft tax there will be on the XP edition.