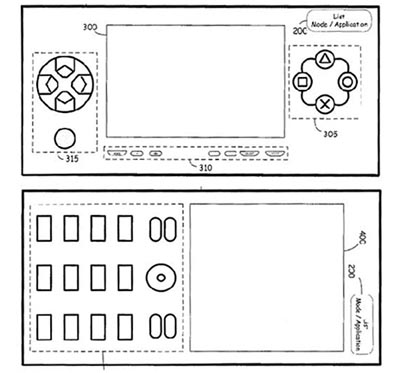 Sony may not be quick to confirm rumors surrouding a potential PlayStation Phone, but this leaked patent filing from 2006 points otherwise. Sure, we’ve been bombarded by all sorts of concept sketches and cool ideas, but most of these have come from PSP fanboys rather than straight for the horse’s mouse.

The design in this patent application is a little dated, but that’s acceptable given its 2006 dating. From what we can tell, the Sony PlayStation Phone could take on a two-sided design, not unlike the Samsung Upstage. On one side, you have the cell phone end of things, whereas the other side takes care of the PSP-fueled gaming. Two complete interfaces in one handy device.

Whether this is a case of “woulda, coulda, shoulda” or if it’s really pointing toward a real device from Sony remains to be seen, but I think this design just might work. Take that, N-Gage?