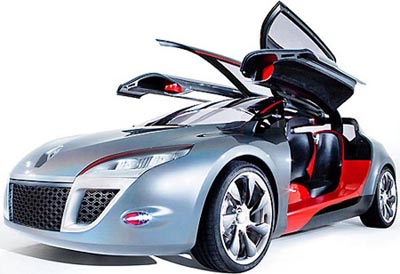 You’ve heard of gullwing doors. The Renault Megane Concept takes that so much further with the implementation of “dragonfly” wing doors. That’s because the window and the door are actually separate components.

When you want to gain access to the cabin, the door and the window both swing upwards in a two-piece fashion. With both sides of the car open, it gives the Renault Megane the appearance of having not two wings, but two pairs of wings, not unlike a dragonfly. They even say that the opening movement is similar to dragonfly wings.

This is totally innovative and unlike anything that I have ever seen before. I’m not exactly sure how much more useful this design would be, but it’ll certainly grab the attention any random passer-by.