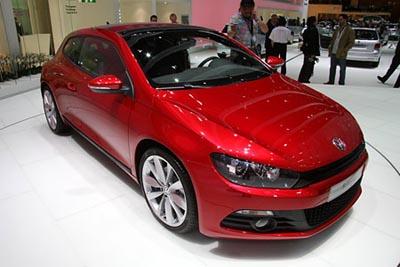 Based on the Iroc Coupe concept, the new Volkswagen Scirocco would probably do pretty well in the American market, but VW doesn’t plan on shipping it our way. It’s not that there are difficulties in the logistics or getting the car to adhere to North American standards. The reason why VW isn’t bringing the Scirocco to States has to do with the weak American greenback.

Detlef Wittig, Volkswagen’s head of sales and marketing, places all the blame on the exchange rate. He recognizes that there would be a demand for the hot hatch, considering that we gobble up models like the GTI and R32 Rabbit, but the higher level of sales would not be able to compensate for importing the car over from the Palmela, Portugal plant where the Scirocco will be built.

Ironically, this is the same plant where they build the Eos convertible, a car that has been selling like hotcakes around these parts. Alternatively, Volkswagen is “scouting” for locations in the US where they can erect a new plant. Maybe that could prove to a future site for Scirocco building.