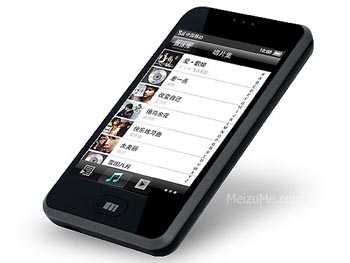 CeBIT is known to be one of the biggest technology shows on the planet with just about every manufacturer related to the tech industry getting involved in some way. The Meizu M8 has caused quite a stir for being one of the best iPhone clones on the market, but now their booth at CeBIT has been shut down.

Initial reports pointed toward trademark infringement on the part of Meizu, because there really is no denying the connection between the M8 and the Apple iPhone. The Meizu booth was effectively dismantled and they were forced by local police to remove all products and promotional materials. Things didn’t look all that bright for the iPhone knockoff producer.

As it turns out, the shutdown had nothing to do with copycatting the iPhone at all. Instead, Meizu was instructed to close up shop due to a mistaken MP3-licensing issue. The booth is now back up and running. Ah, the life of a wannabe.