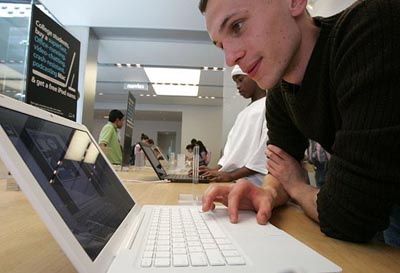 Newer isn’t always better. Although the MacBook got a series of upgrades a short while back, the new entry-level model is actually slower than the model it replaces. It’s not that Apple was totally skimping on the features either.

As you may recall, the new MacBook models get faster processors and bigger hard drives, but the switching of the processors seems to have created a nasty bottleneck. The new MacBook uses a Penryn processor and this has less cache than the outgoing Merom-based units. The reduction in performance only applies to the $1099 entry-level model, because the higher ones are compensated by the faster CPU clock speeds.

Realistically, most users won’t notice too much of a performance drop, but if you want to be safe, it might be best to stay away from el cheapo for now.