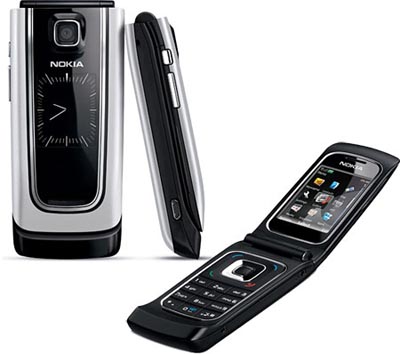 The Nokia 6555 isn’t all that special in terms of features, but it’s probably one of the better looking phones to arrive in the coffers at Fido in some time. Users on Howard Forums have been anticipating the release of this handset for some time now, so it’s good to finally get this monkey off their back. Or dog, I guess.

The Nokia 6555 is a basic clamshell that effectively takes the place of the Nokia 6126 in Fido’s lineup, but they’ve stepped up the appearance and features a notch or two. It’s also a fair bit thinner, almost like a RAZR. Key features include a 1.3 megapixel camera, external display, and Bluetooth 2.0. The 6555 comes bundled with a 1GB memory card.

Pick one up from Fido for $75 with a three-year contract. It’s not on the official website yet, but it should get uploaded soon.