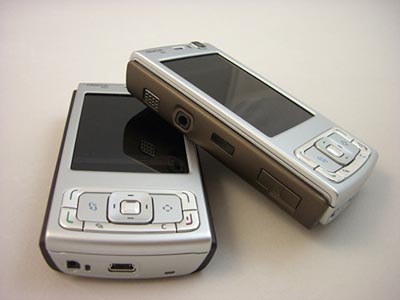 Chalk this one up in the unsubstantiated rumor column for now, but there is word going around that the Nokia N95 will soon be joining the ranks of AT&T. If you’re the kind of person who doesn’t like paying full retail for your phones, this is absolutely astounding news, because the Nokia N95 can be quite pricey.

Set to sit right alongside the Apple iPhone, the Nokia N95 is scheduled to make its official AT&T debut some time next quarter at an undisclosed price. I’d imagine that you’ll get a pretty decent discount for signing one of those service agreements, especially if you tack on some wireless data or something. As such, it’s most likely that AT&T will be getting the N95-3 as it is compatible with AT&T’s 3G/HSDPA network.

Stay tuned for more as it develops, but I wonder if hardcore enthusiasts are starting to think that the N95 is “so last year”. After all, the Nokia N96 is just around the corner.