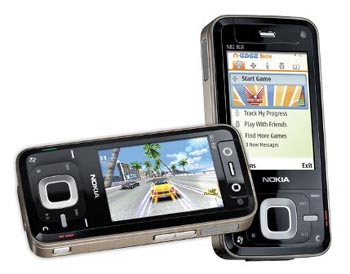 As much as Nokia would have hoped otherwise, their first N-Gage device didn’t really catch on in the marketplace. For their most recent effort, they’ve decided to keep the N-Gage platform a little more open to the rest of their cell phone line, getting us to enjoy some crazy 3D graphics on the tiniest of screens.

Rumors surrounding the PlayStation Phone have been swirling around for some time, but the N-Gage team at Nokia don’t appear phased at all. Even though Sony is probably on the cusp of entering the cell phone game market with a handheld of their own, Nokia is not showing any fear at all. In fact, Nokia games boss Jaakko Kaidesoja is quoted as saying:

I’m not scared about anybody. The real question is how do they [Sony Ericsson] do it? Can they create a link between the PSP games and a phone? Can they do the multiplayer and online stuff? We’ve been doing this for two years and it hasn’t been easy.

That’s right, they acknowledge that the road hasn’t been the smoothest so they fully expect Sony Ericsson to suffer through the same (if not worse) growing pains.

P.S. Sorry about the title. Bonecrusher has nothing to do with this. 🙂