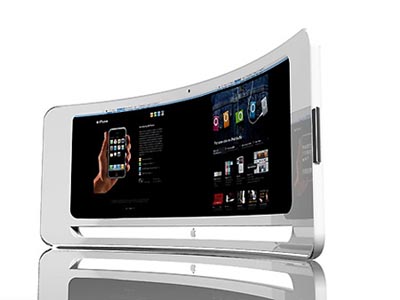 The iMac has to be one of the smarter creations by Apple, because all they really did was build a desktop out of laptop components. The all-in-one convenience is a major selling point for many consumers, but what about people that want a better graphical experience. For those folks, there is the iView, a curved iMac concept that features a giant curved screen.

By putting a curve on the ultra-wide display, iView users can feel more “surrounded” by their computing environment. This is similar to gaming idea behind the Alienware Curve Display that was being showcased at CES 2008, except this comes from Apple and it’s probably not as gaming-friendly. Furthermore, the iView — designed by Nuno Teixeira — comes with a secondary LCD on the back.

Seems like a nice idea and curved displays are only going to get more popular moving forward.