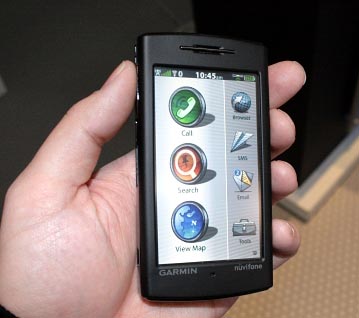 Oh geez, here we go again. Remember when Cisco/Linksys filed a lawsuit against Apple over the use of the name iPhone? Remember how that dragged on for what seemed like an eternity and then they finally resolved to just let both companies use the iPhone name anyways? We could be in for another iPhone-esque fiasco all over again, because Garmin is being sued by Nuvio over the use of the name Nuviphone for their upcoming navigation-minded mobile phone.

Nuvio, an Internet telephone provider based out of Kansas, has issued a lawsuit to Garmin, saying that the Nuvifone name infringes on the naming of their own products. More specifically, Nuvio’s customers commonly refer to their phones as the “Nuvio phone” and this resembles Nuvifone a little too much. As you know, Garmin has been releasing GPS devices under the nuvi banner for a while too… and those devices are named in the lawsuit too.

Is this just a desperate plea for attention or does Nuvio have a legitimate beef against Garmin? I guess it’s now up to the courts to decide.