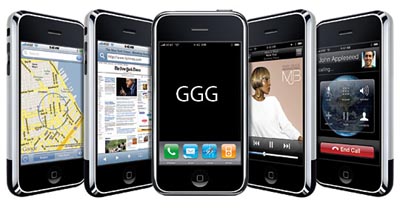 We’ve been hearing rumors about an iPhone with 3G connectivity for some time now, but when the source is as reputable as an unnamed UBS analyst, the web is sure to pay attention. UBS is predicting that Apple will be releasing a 3G iPhone (that’s a second-generation with a 3G wireless radio) within the next six months. This translates to a launch date before September of this year.

UBS goes on to predict who will be providing the 3G chip to the team in Cupertino. They’re saying that the 3G-ness will be provided by Infineon Technologies AG of Germany. This second tidbit isn’t nearly as interesting as the first, but it shows that Apple truly is going global in their efforts to both develop and market the second-gen touchtastic mobile phone.

As with all other Apple rumors, this prediction is largely unsubstantiated and we won’t know anything for certain until Steve Jobs holds another one of his press events.