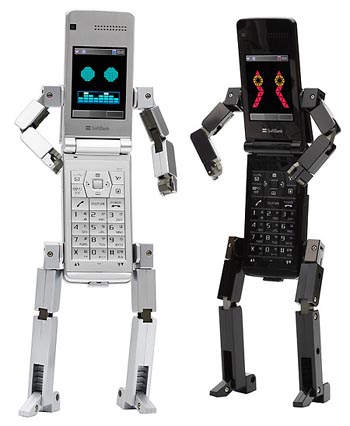 You would think that something like this comes straight out of a cheesy Michael Bay movie, but it turns out that the transforming mecha phone from Softbank Japan is actually legitimate. These are apparently real cell phones that happen to have similar abilities to those of the Autobots and Decepticons.

Officially unveiled as the Toshiba 815T PB, the mecha phones clearly appeal to robot lovers around the world, but the feature set — outside of that whole transforming thing — is pretty well in line with all the other phones available in Japan. This means that you get a QVGA display, 3.2 megapixel camera, and a bunch of multimedia applications.

The creation of the mecha phones was not completely random, because the launch of the Toshiba 815T PB is meant to coincide with the release of a new TV show called Ketai Sousakan 7. The show stars a series of transforming cell phones.