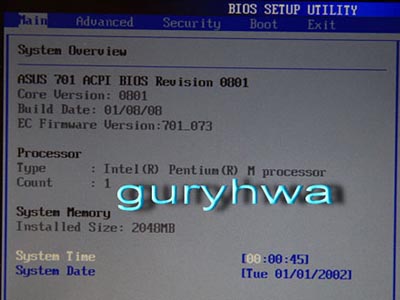 As nice as the Asus Eee PC is, it’s seriously lacking in the performance department when you compare it to notebooks that are a little bigger. What if you could ditch the Celeron CPU for some Pentium action? That’d probably provide a fairly significant performance boost, especially if you’re running Windows instead of the pre-loaded Linux OS.

That’s exactly what a modder called “guryhwa” has decided to do with his Asus Eee PC. The hack required some rather advanced footwork, but he managed to rip the slow Celeron processor out of the Eee, replacing it with a much faster 1.2 GHz Pentium M processor. You’ll also notice in the screenshot that he upgraded the unit to a full 2GB of RAM, further improving the performance of the little subnotebook that could.

The Asus Eee PC is certainly not without its shortcomings, but with such an enthusiastic modding community, it’s only a matter of time before the Eee competes against the Asus Lamborghinis and Acer Ferraris of the world.