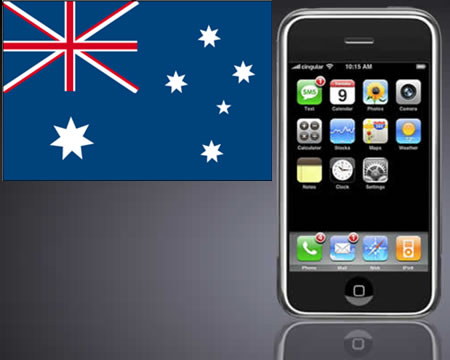 Australians may have to wait a little longer to get their hands on an iPhone. Legislation in the country could deem a locked iPhone as being illegal, because it is an “anticompetitive” practice. As you know, Apple has an exclusivity deal in place with AT&T wherein the iPhone can only be (legitimately) activated by AT&T. This sort of trade agreement is illegal under Australia’s Trade Practices Act, and as such, cannot be enacted with an Australian cell phone service provider.

Dale Clapperton, a law researcher at Queensland University of Technology, equates this type of relationship with a hypothetical car sales arrangement: “It would be like Ford deciding that from now all on, all of the cars they produce can only be used with petrol from Shell. If you fill your car up with fuel from BP, the ignition system will detect that and shut down the car.” Nice analogy!

He goes on to say that “forcing consumers to deal with third-party companies for unrelated products and services is a fundamentally bad thing for competition.” Whether a similar iPhone exclusivity deal would work in Australia, however, is ultimately up to the Australian Competition and Consumer Commission (ACCC). As you recall, there was a similar issue in France and the net result was that Apple had to sell the iPhone completely unlocked to Parisians.