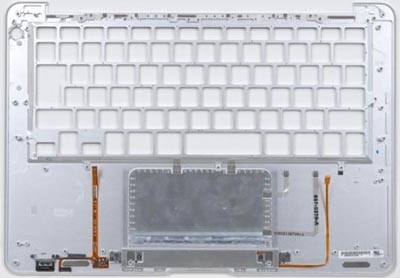 Although the outer appearance of the new Apple MacBook Air is undeniably svelte, the inside isn’t quite as pretty a picture. When the Nikkei Electronic Teardown Squad decided to tear the incredibly thin notebook apart, they discovered that the innards involved screws and lots of them. This is far from efficient and it makes for a rather ugly configuration.

This also increases the cost of the MacBook Air for no apparent reason. In fact, just the keyboard needs about 30 screws, and this doesn’t include all the screws for all the other components. “The total number of screws in the MacBook Air was several times the number used in a PC we make.”

When OEM manufacturers receive an order from a company, they usually provide feedback to their customer about how to make for a more efficient assembly. Either this didn’t happen or Apple stuck to its guns for the design. Whatever the case, you might not like replacing, well, anything on the MBA.