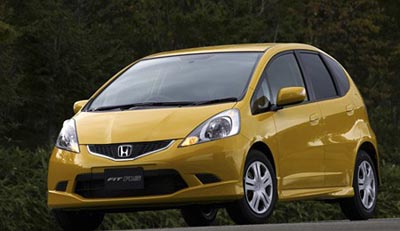 I like the Honda Fit. As a spiritual successor to the Civic hatchback, it provides plenty of utility, fuel economy, and reliability in a relatively inexpensive package. Because the Fit has been on the market for a couple of years now, you knew that Honda was getting a facelift ready for its least expensive model. We already saw this revitalization in Tokyo last year, but they made no mention of when the new Fit would hit our shores.

As it turns out, the 2009 Honda Fit will be making its official North American Debut at the New York Auto Show, ushering in a new generation of “how many ways can you fold the seats.” The makeover gives the new Fit a slightly more Prius-like appearance, as the sharper contours have been replaced with softer curves. The front end somehow looks mellow and aggressive at the same time.

There are two engine choices in Japan, but it looks like the US-spec 2009 Honda Fit will come with a 1.5L i-VTEC powerplant good for about 118 horsepower. This is a mild improvement over the 109hp found in the outgoing model. On a side nonte, this engine reportedly dishes out 46 miles on the gallon.