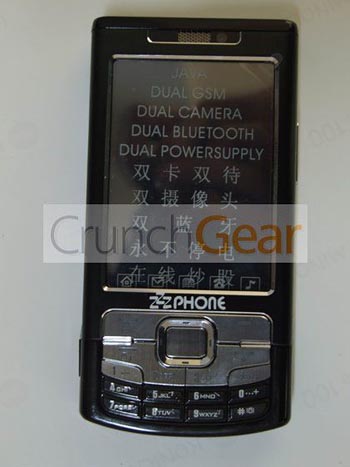 You might remember us talking about the custom smartphones being produced by zzzPhone earlier this month. At the time, we were told that while the outward appearance would be largely set in stone, prospective customers were able to personalize the feature set to suit their needs. More megapixels for the camera perhaps. Maybe more internal memory. Whatever you needed, zzzPhone would accommodate.

At the time, we were also told that the zzzPhone would run on an operating system that is “Windows Mobile or equivalent.” Turns out that it’s very much the “equivalent” and not Windows Mobile. As it turns out, the smartphone is not running a variation of Windows Mobile or Windows CE, but it instead some sort of cheap knockoff that they claim to be “Windows compatible.”

We still don’t know exactly what the final operating system will be, but many folks are predicting that zzzPhone will turn to the opensource-ness of a Linux-based OS with Java compatibility. Somehow I don’t think Symbian is in its the future.