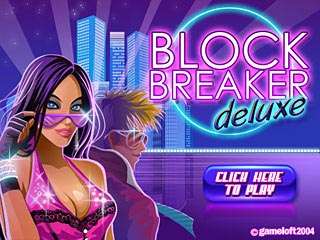 Gameloft has long since established itself as a leader in the mobile game movement and they’re continuing this tradition with the announcement of several games designed for touchscreen mobile handsets. This motivation could be brought on by the rising success of such phones as the iPhone, HTC Touch, and LG Voyager.

It’s not like Gameloft is new to the touchscreen phenomenon either, because they have already developed several titles for the touch-sensitive Nintendo DS portable gaming machine. As such, they have been looking to “transform gameplay into a more intuitive experience and remove the limitation of small keyboards.” Gameloft President and CEO Michel Guillemot believes that “touch screen games are perfect examples of how modern technology can advance the gaming industry.”

At this time, Gameloft has more than 15 games in its library that work great with touchscreen-based phones. These games include Block Breaker Deluxe, Bubble Bash, Single in the City, Sexy Poker Manga, Deal or No Deal, and CSI Miami. These games were initially developed in Java, but they will also be working on Windows Mobile games as well.