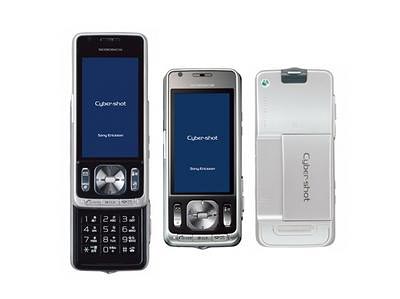 As much as camera phones have improved in recent years, they’re still not nearly as good as standalone cameras, right? Well, that’s at least what we’ve been led to believe, but after taking a look at the specs on this new unit arriving at NTT DoCoMo, you may have to second guess your preconceived notions about camera phones.

The Cyber-Shot SO905iCS may look like any other mid-range slider phone from Sony Ericsson, but this photography-focused handset boasts one of the best cameras on a mobile to date. The handset is equipped with a 5-megapixel camera with Exmore CMOS sensor, LED flash, and 3x optical zoom lens. That sounds just about as good as a decent standalone point-and-shoot. The huge 2.7-inch WVGA LCD doesn’t hurt either.

To push the picture-taking bug even further, Sony Ericsson has also equipped the Cyber-Shot SO905iCES with a new smile shutter mode technology and face detection function. Heck, my Canon doesn’t even have smile detection!