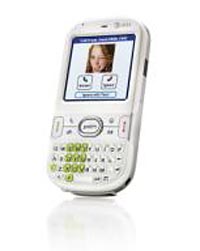 AT&T subscribers now have the opportunity to get in on some inexpensive smartphone action, because the Palm Centro has officially been launched by the iPhone-touting GSM provider. Up until now, Sprint has had the American exclusive on the entry-level Palm smartphone. That deal has since expired, opening up the compact device to other network operators.

Just like the Sprint version, AT&T’s take on the Palm Centro comes equipped with a touchscreen display, full QWERTY keyboard, and all sorts of integrated applications for email, text, voice messaging, and instant messaging. AT&T also gives you access to their EDGE network, Push to Talk, XM Radio Mobile, and MusicID.

Assuming that you’ll sign a contract and deal with a mail-in-rebate, you can nab a fresh AT&T-branded Palm Centro smartphone for just $99. I’d imagine that the soccer moms of the nation will be quite pleased.