The Honda CRX was an incredibly popular little hatchback, because while it had a diminutive footprint, it was a blast to drive and it was easy on gas. Yes, it was basically a Civic hatchback, but for whatever reason, it was just so much cooler. It’s still a fun car to drive today, if you can find one in good condition. The Honda CR-Z hybrid is the highly anticipated spiritual successor to the CRX, but unlike its predecessor, this car is going to cost a little more and it’s gonna be even greener.

We’ve seen the Honda CR-Z hybrid at a few car shows already, but Honda has been hesitant to release any sort of launch information. Well, it turns out that the production version of the CR-Z will not be launching initially in Japan or the United States. Instead, the first proving ground will be Europe. They say that this is the car’s most important market, so Honda UK had significant input into the car’s design.

Engineering for the Honda CR-Z hybrid is being carried out by the Japanese’s carmaker’s R&D facility in Germany. The goal is to have it on European roads some time in late 2009 or early 2010. Unlike the CRX, however, the CR-Z isn’t exactly inexpensive. Pricing starts at 25,000 Euro with the range-topping model going for 28,000 Euro. A gas-only version is being considered as well. 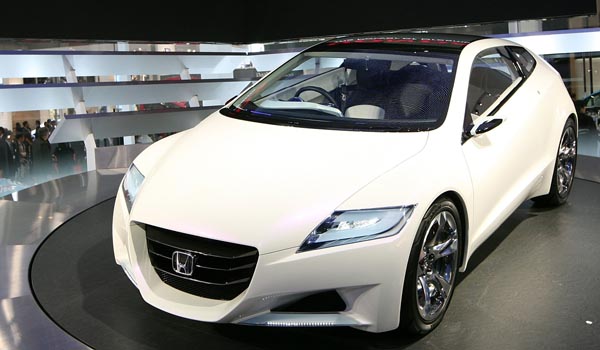