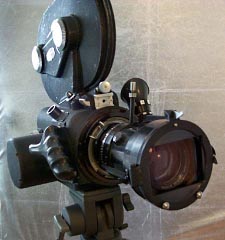 One feature that might be holding you back from buying a DSLR is that these higher-end cameras are not capable of recording video. As a result, you’ve been sticking to the point-and-shoot end of the market. Great photos are fun and all, but videos are what make YouTube so much fun. A new patent, however, is indicating that DSLRs may soon be capable of recording 30fps video, effectively eliminating one of the major hurdles toward DSLR adoption in the masses.

The patent comes by way of Hiroshi Terada, and the movie mode for DSLRs described calls for a semi-transparent mirror. This special mirror “doesn’t move, but lets 70 percent of the light through to the image sensor, enough for video. The reflected 30 percent takes care of your continuous phase-detection autofocus.” That’s just the first half of the autofocus system.

This because there are two separate autofocus systems: one for stills and one for videos. The latter has a wider AF threshold and a slower, smoother AF speed. I think this is a great innovation and it won’t be long before soccer moms will shoot stills using DSLRs and shoot high-def videos using the same.