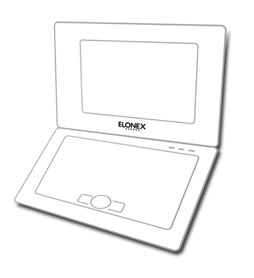 While some of you may still be interested in dropping over $3,000 into an SSD-equipped MacBook Air, there are countless others who just want an affordable laptop that works. As such, there is a huge emerging market for devices like the Asus Eee PC and Everex Cloudbook. They also like the openness of these items.

Jumping into the el cheapo market of portable computing is the Elonex ONE, an ultra affordable notebook that will be on display at Education Show 2008 in the United Kingdom. Apparently targeted at the student market, the Elonex ONE will come with a retail price of just £99, which works out to a paltry $195. That’s half the price of a 4GB Eee.

The Elonex ONE does not skimp out on the features. Among the list are integrated WiFi, flash-based memory (undisclosed amount), “tough” outer shell, a wireless music server, and a three-hour battery life. They’ve also kept the weight to under one kilo. Too bad they don’t have anything better than this line drawing to show us.