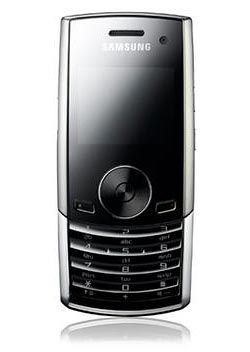 Despite being billed as an “affordable” handset, the Samsung L170 actually brings quite a bit to the table, both in terms of functionality and fashion-consciousness. When I first saw a picture of this phone, I thought that it was a remarkably compact slider phone, but it turns out that it’s actually candybar-styled.

Just picture it. Imagine if this phone was a slider, and you’ll realize just how tiny of a footprint it would have compared to the other slim sliders from Samsung. Yes, the display would be a fair bit smaller, but I imagine that there would be a sizable market for such a creation. Even so, the Samsung L170 isn’t anything to sneeze at with its minimalist design, glossy finish, and stylish looks.