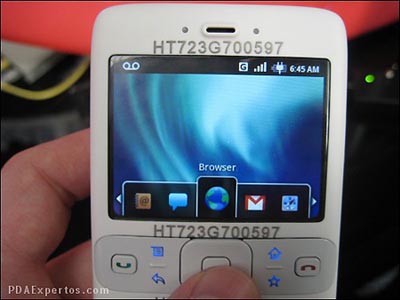 Smartphones are getting more popular than ever, because more and more people want to get so much more functionality out of their mobile phones these days. It’s not enough to just answer calls and send text messages, because they want to organize their lives, read their emails, and surf the web too. Google is already the perennial giant online, but the big G is working to infiltrate your portable lifestyle too.

You’ve probably heard about the Google Android user interface and how it’s going to implemented in a number of smartphones, but now you actually get to see what all the fuss is about. The video below goes through some of the basic functions found within Android, including the integrated web browser, Gmail, and calendar. Navigation appears to be quite seamless and it looks good too.

This demo video was shot at the Mobile World Congress in Barcelona, Spain. The version of Android shown here is the non-touchscreen variant, but we expect a PocketPC-like touchy-feely iteration to be produced as well.