Should we be blaming Apple for this? Ever since the iPhone hit the market, it seems like every manufacturer has started scrambling to produce a touchscreen-equipped phone for the average consumer. Up until then, touchscreen smartphones — like the bevy of PocketPC devices from HTC — had been marketed at corporate and business types. That has clearly shifted.

The Sony Ericsson G700 and G900 are the latest phones to come equipped with touchscreens, despite the fact that both phones just look like regular candybar phones. After all, they don’t look all that special, but the touchscreen-ness definitely steps them up a notch or three. The G700 comes with a “unique single touch control menu”, a 3.2 megapixel camera, touch-controlled Notes application, and the usual smattering of programs for productivity and entertainment.

The Sony Ericsson G900 is much the same as the G700, but its camera steps up to five megapixels and it gets autofocus and a multishot function. The other major difference is integrated Wi-Fi. No word on pricing for either, but both should launch in selected markets starting in Q2 2008. 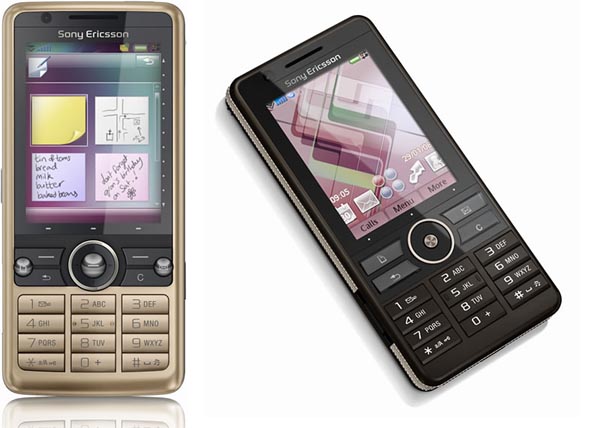