The Sony PlayStation 3 is slowly gaining back some market share, thanks largely to an expanded library of games and a reduced price point. The portable variant, on the other hand, is starting to look a little stagnant in the marketplace, so we can all start to dream about what the next-generation of Sony-fueled mobile gaming can bring. At least, that’s what one guy did.

A mockup of the next-generation Sony PSP portable gaming and multimedia machine has been created by a designer and you have to admit that it’s one beauty of a handheld. Unlike the current PSP that is almost candybar-like, this PSP design calls for a slider, not unlike those found on many HTC PocketPC phones. While in its closed position, the PSP2 (heh) looks almost like an iPhone, except the “home” button is located underneath the landscape-oriented display. To gain access to the dual analog sticks and other controls, simply slide the screen upwards.

Obviously, this concept is in no way endorsed by Sony, but they would be well advised to pay attention to what fanboys want. My only question is, where does the UMD go? 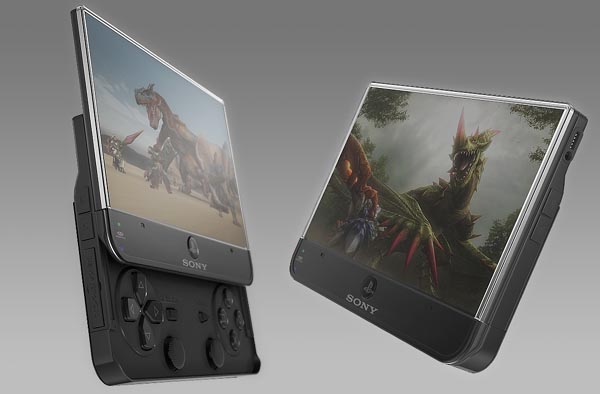