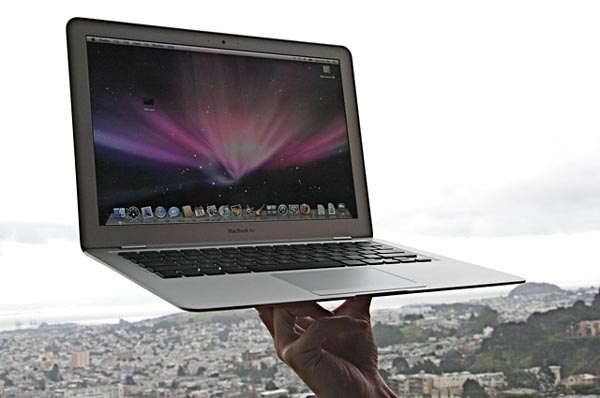 When Apple decided to charge us $1,300 for the Macbook Air upgrade, we assumed that the faster processor and inclusion of a solid state drive would provide significant performance improvements. Unfortunately, it’s actually quite disappointing.

The guys at ArsTechnica pit two Macbook Air notebooks against each other. One of them was the lower-end unit with the regular spinning platter of a hard drive, whereas the other got the pricey SSD treatment. After running through a series of benchmarks, the team concluded that both the regular Macbook and the Macbook Pro outperform their slimmer compatriot. What’s more, the difference between the HDD Air and the SSD Air was “tiny.” Bootup times were faster, as were random disk tests and reading from the disk, but the SSD was slower than the HDD when it came to sequential disk tests and general writing.

People have been saying for some time that Flash-based memory is at least more power-efficient than spinning platters. Unfortunately, the SSD-equipped Macbook Air only stayed alive for 2.5 hours before needing a top-up. That $1,300 upgrade doesn’t really sound worth it, eh?