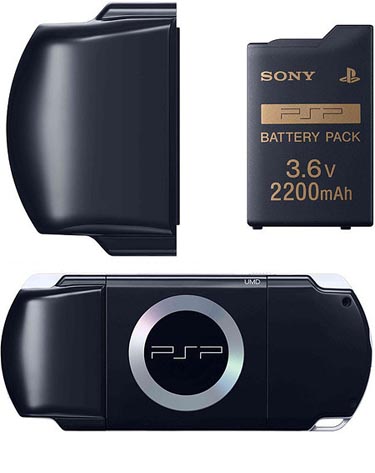 Part of what turned me off from the Sony PSP in the first place was that the portable entertainment device didn’t last all that long until it needed to be charged again. The new PSP Slim seems to have addressed this issue, but even then, you’ll find yourself tethered to the wall outlet more often than you’d like.

Sony is now providing PSP owners with the opportunity to play their video games for a much longer period of time, because here is the new 2200mAh battery pack for the PSP. This is almost double the capacity of the standard 1200mAh battery. As a result, users gain access to between seven and eleven hours of continuous gaming. If video watching is more your kind of thing, then the range goes from seven to nine hours.

The new battery pack is only compatible with the new PSP (PSP-2000) and it comes with a new sliding cover to accommodate the extra girth. Pick one up in Japan for 5500 Yen ($50) when it launches on March 19th.