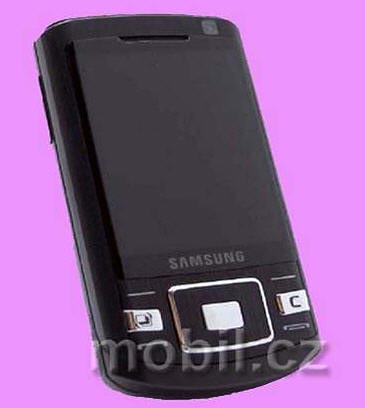 It’s pretty amazing how popular the Nokia N95 — in all of its slightly different incarnations — has become, so it’s only natural that similar handsets from other manufacturers would eventually make their way into the marketplace. Seemingly designed to compete directly against the Nokia N95 is the rumored Samsung G810, a smartphone that is set to make its debut at the 3SGM in Barcelona, Spain.

By and large, the Samsung G810 smartphone takes all the good stuff from the original G800 and adds some extra goodness to bring it up to par with its Nokia counterpart. Reading through the feature set, you’ll find plenty of similarities between the two phones. For example, the Samsung G810 is equipped with a 5 megapixel camera (with 3x optical zoom, anti-shake, face recognition, macro mode, etc.), GPS navigation, 802.11b/g WiFi, Bluetooth 2.0+EDR, and Symbian 9.2 with S60 3.1. Wireless data on the go is here too with 3.6Mbps HSDPA connectivity thrown in to supplement the standard GSM radios.

We’re not completely sure about launch dates, but word on the street has the Samsung G810 smartphone priced at about 580 Euro.