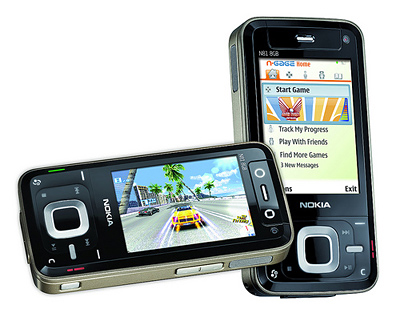 I’ve said many times before that Nokia’s first attempt at the N-Gage mobile gaming idea didn’t quite go over as well as the Finnish company had hoped, but this second attempt could prove to be both incredibly popular and lucrative. We’ve been sitting on pins and needles waiting for the launch of the new N-Gage platform, but now the wait is finally over. It’s time to play some real games on your cell phone.

At this time, Nokia is making several titles available for public consumption, including such hot hits as FIFA 08, Asphalt 3, World Series of Poker, and Midnight Pool 3D. That’s the good news. The bad news is that today’s announcement is just a “soft” launch, so to speak, because the pre-release is available only on the Nokia N81.

They plan on rolling out the N-Gage goodness to a wide range of S60 devices at some point in the future, but if you’re itching for some N-Gage action now, you’ll only find it on the N81 (pictured). I’m thinking this will either help sales of that particular device or just piss off the rest of the S60 owners in the audience.