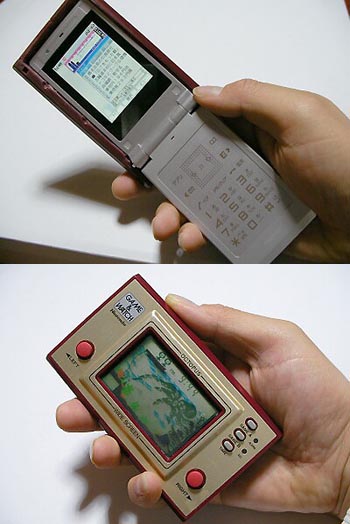 If Sony can make a cell phone, if Microsoft is considering a cell phone, why can’t Nintendo jump into the mobile phone market too? That seems to be thinking behind this latest creation, though it’s probably a little too retro to go over well with the mainstream crowd.

A random modder has decided to take an ancient Octopus Nintendo Game & Watch handheld for 1981 and contort it to become a cell phone cover for a more modern handset. Normally, this wouldn’t be much more of a feat that hollowing out the innards, but the modder has apparently retained all the gaming functionality of the 27-year-old gaming machine. The Octopus lives.

Anyone who grew up in the 80s alongside these strange beige and red creations from Nintendo will surely get a little hit of nostalgia with a creation like this. Perhaps the even more amazing part is the Game & Watch still works after all this time!